During the Tokugawa era, there were two rulers of Japan. The Shogun was in control of the army and the executive branch, while the Emperor was the spiritual ruler and nominal head of state. Both titles were hereditary. The shogunate was based in Tokyo, and the imperial household resided in Kyoto. The noblemen and their retinues had to make the journey between these two capitals, along one of several highways. Tokaido was the most famous of these roads. Traveling along it involved fording various rivers, crossing mountains, perhaps being carried in a Kago.

We found a published bicycle route inspired by this ancient route, and followed it all the way to Osaka. There is another road, Nakasendo, that we are planning on taking back from Osaka/Kyoto to Tokyo, at the conclusion of our trip. However, Amy and I still have much we want to see to the west of Osaka; the inland sea area, the Shikoku bicycle bridge, and the Hiroshima peace monument to name a few specific locations. Unfortunately Japan is arranged quite linearly at this point; If we bicycled straight west we would have to bicycle back on a very similar route.

Some of the hardest parts of bicycling occur at inflection points like these. It’s easy to keep going when you have a goal, however lofty, and you can tell you are making measurable progress towards that goal.    Without such a goal, however, I begin to doubt why we bothered to leave our home.. just to sit in a youth hostel in Osaka and eat okonomoyaki? 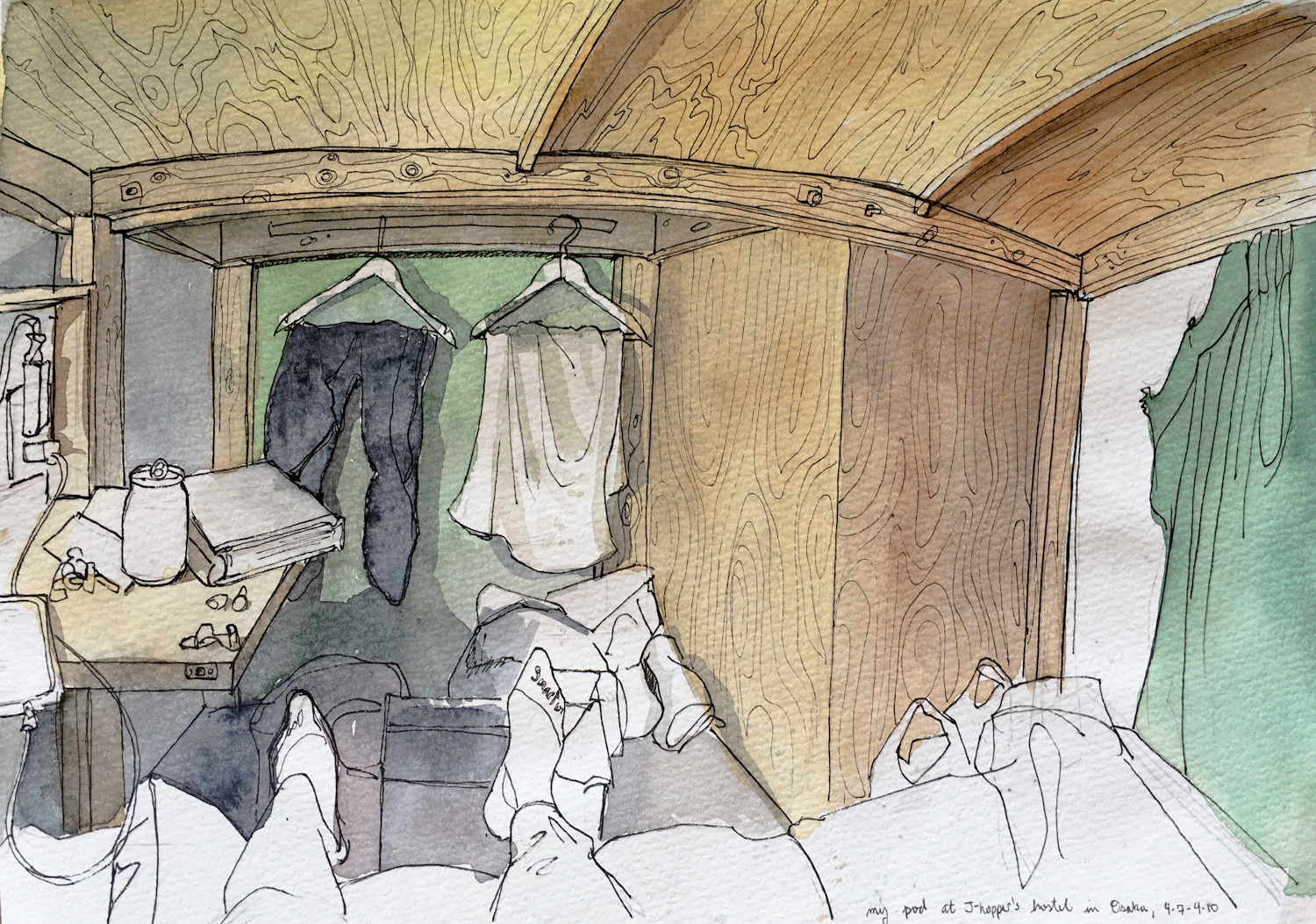 During my research, I noticed a dashed line leaving Osaka across the ocean on google maps. There is a daily ferry from Osaka to Shibushi in the south of Kyushu. A plan began to emerge: we would take the ferry to the southernmost tip of Japan and then spend the next six weeks bicycling back to Tokyo. 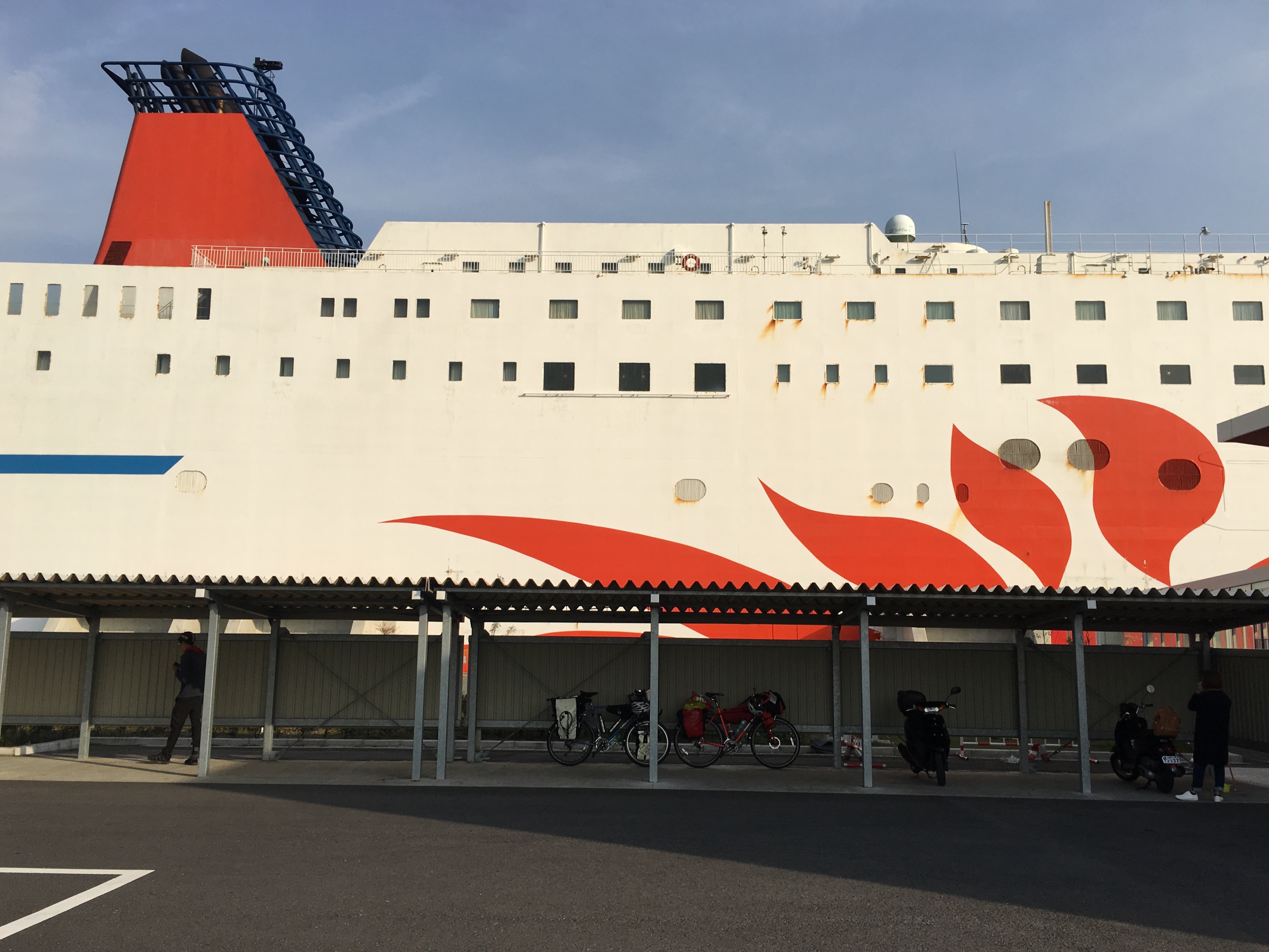 The next day, we biked from our hostel over countless bridges through Osaka harbor, a maze of industrial islands, to our ferry terminal. Later that evening we were on a large ferry, with our bikes lashed below decks next to the cars. The ferry was scheduled to take fifteen hours, but there were excellent amenities, including an arcade, buffet restaurant and free public baths; a real miniature cruise. We didn’t see the need to spend extra money for a private cabin, so we were assigned a futon in a large artificial tatami room full of other travelers and went to sleep with the sound of fifty other people gently snoring. 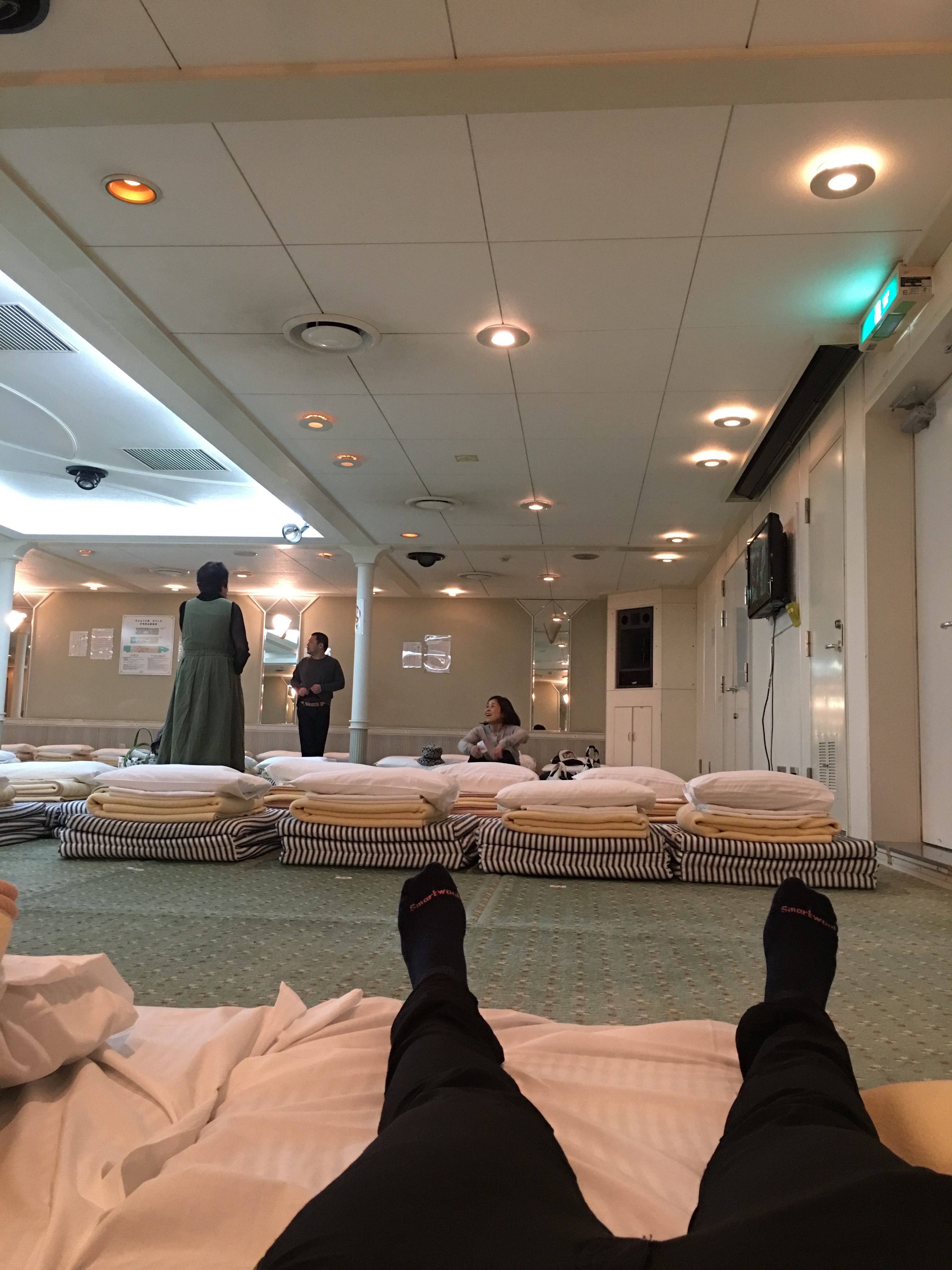 After disembarking the next morning we biked from Shibushi north to Miyakonojo. We were struck by how much more tropical, verdant and less densely-populated the land was. We could smell the smoke emanating from Mount Sakurajima (one of the decade volcanoes).

I’m grateful that we’re back on the road again, with a new goal and general route. In order to make it back to Tokyo along the route we envisioned, we will have to cover more ground per day and take fewer rest days, but I think the mountains and onsen will help us with that. 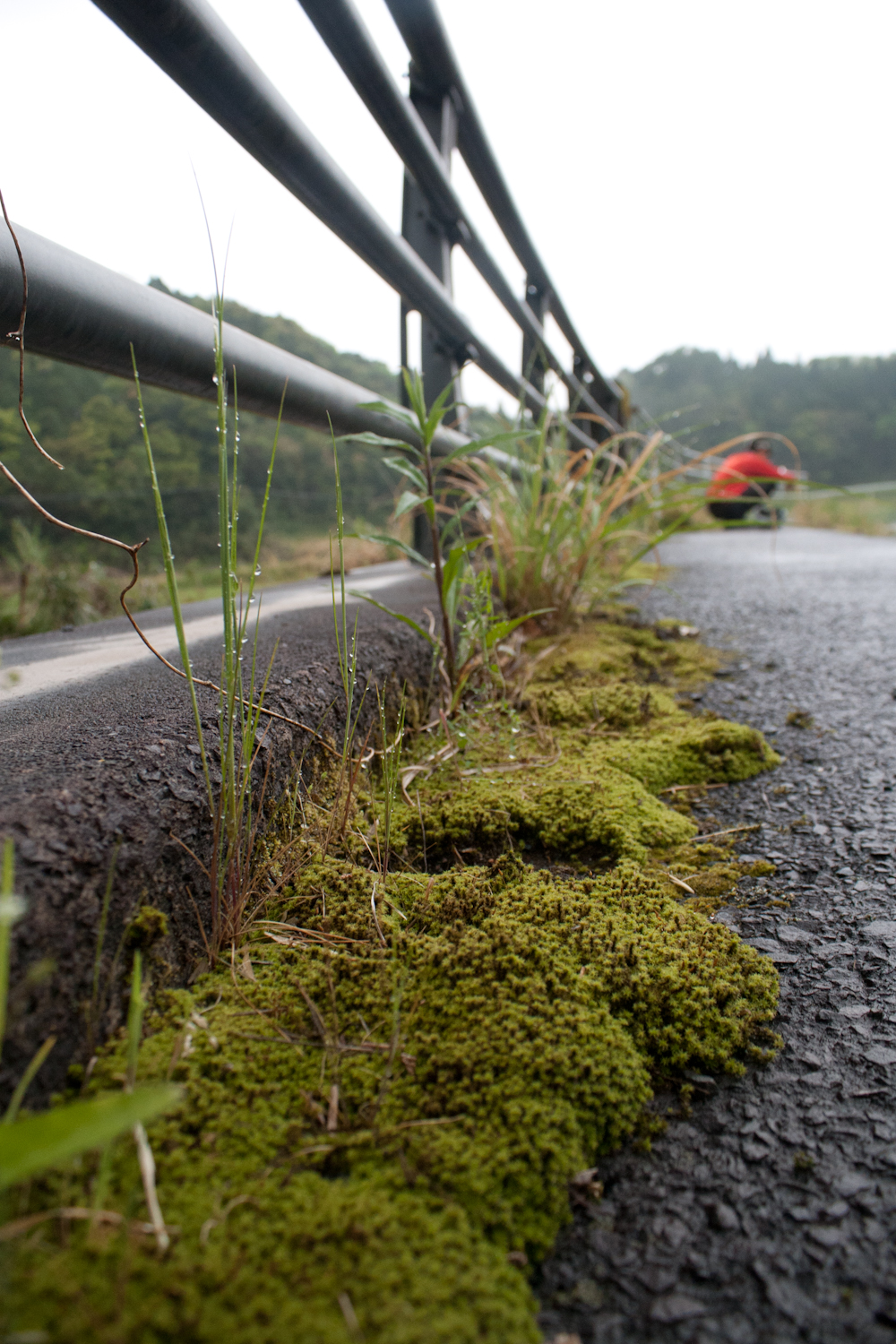 That’s all for now,
-Jim

2 Replies to “To the South”